For the 2023 season, the standard Museum opening days will be the FIRST SUNDAY OF EACH MONTH, from the 2nd of April. Watch out for details of other special events planned for 2023.

Posted in Wattisham | Comments Off on 2023 Opening News

In 1993 the Army Air Corps arrived at Wattisham, taking over the station from the Royal Air Force. 2023 marks the 30th Anniversary of this, and we hope to be able to celebrate this during the year.

In 1943 the USAAF took over Wattisham, so 2023 will mark 80 years since then. We hope to be able to celebrate this during the year.

A warm thanks to everyone who has visited and supported the Museum in 2022.

May you all have a good holiday and New Year, and hope to see you at some point during 2023. Keep warm over the winter.

Posted in Wattisham | Comments Off on Thanks everyone

Two thumbs up from an enthusiastic visitor to the Museum on the final public open day of 2022.

John from Stowmarket was a sprightly and inquisitive visitor and was joined by his family on an escorted tour around the Museum and HAS and aircraft.

John is a keen photographer and took a number of photographs throughout the day to remember his visit, and Museum staff members were on hand to answer his questions about the exhibits.

Look out for details of our 2023 opening schedules after our Winter maintenance and improvement projects are completed.

Posted in Wattisham | Comments Off on 2022 season finishes

Posted in Wattisham | Comments Off on HM the Queen

65 years of the Army Air Corps

A quick look at the Army Air Corps over the last 65 years is published here.

A recent visit to the AAC Memorial at Middle Wallop in Hampshire is published here…..

Posted in Wattisham | Comments Off on Middle Wallop AAC Memorial

The Wattisham Station Heritage Museum was very happy to host a group of former 74 Sqn personnel as they held a reunion in the local area. Saturday 27th August 2022 saw a number of former groundcrew return to their old haunt on the Northern HAS site, reminiscing and enjoying a return visit to Suffolk. Even Cliff Spink, the squadron c/o was in attendance.

The groundcrew had a great visit and were very complementary about the condition of the Phantom and the Museum HAS area.

Pictures of the visit are available here.

Posted in Wattisham | Comments Off on 74 Sqn Reunion 2022

On 21st August 2022 an important artefact was handed over to the Wattisham Station Heritage Museum.

The large and heavy concrete 56 Squadron crest had been affixed to the Guard House at the Main Gate of Wattisham for many years, in clear and easy view for all the staff and visitors to the base.

Following the departure of the R.A.F. in 1992, whilst the Guard House was being upgraded, the crest was removed and disposed of in a waste skip. Major Joseph (Sepp) Pauli, a former 56 Sqn exchange officer, recovered the crest and took it to Wales. When Major Pauli retired, the crest went with him to Schornbach, in Germany.

The crest was eventually returned to the UK in February 2022, and presented to The Wattisham Station Heritage Museum in August 2022 by Wing Commander Ian A Cameron.

This crest is an important Wattisham artefact and takes it’s rightful place to be preserved and protected here for future generations.

The Museum expresses it’s grateful thanks to Major Joseph Pauli, Wing Commander Ian A Cameron, and all those associated with this important recovery.

If anyone has any knowledge of the whereabouts of the similar 111 Sqn crest which also adorned the Guard House, we will be extremely grateful to hear from you using the website Contact Page linked here. 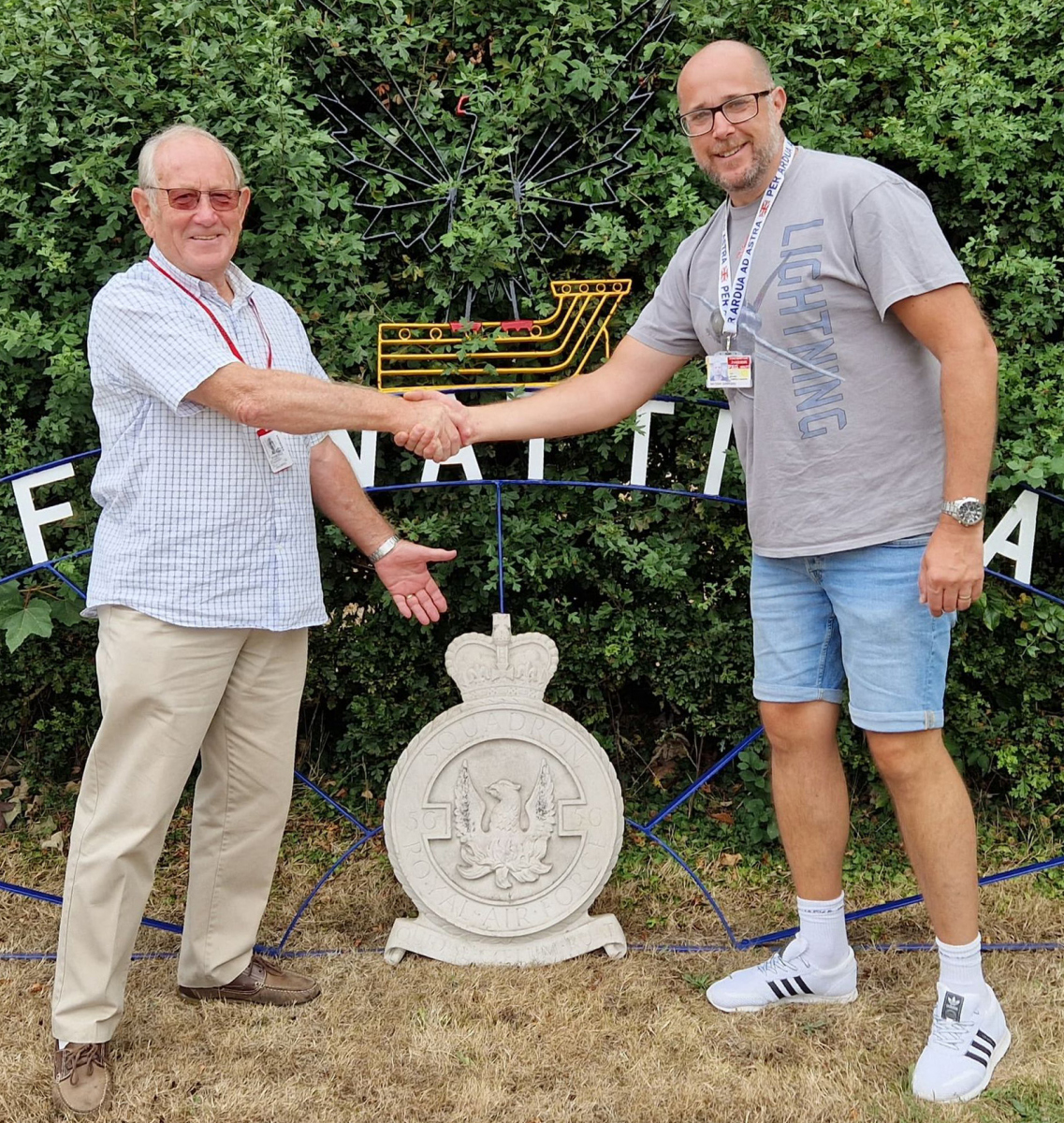 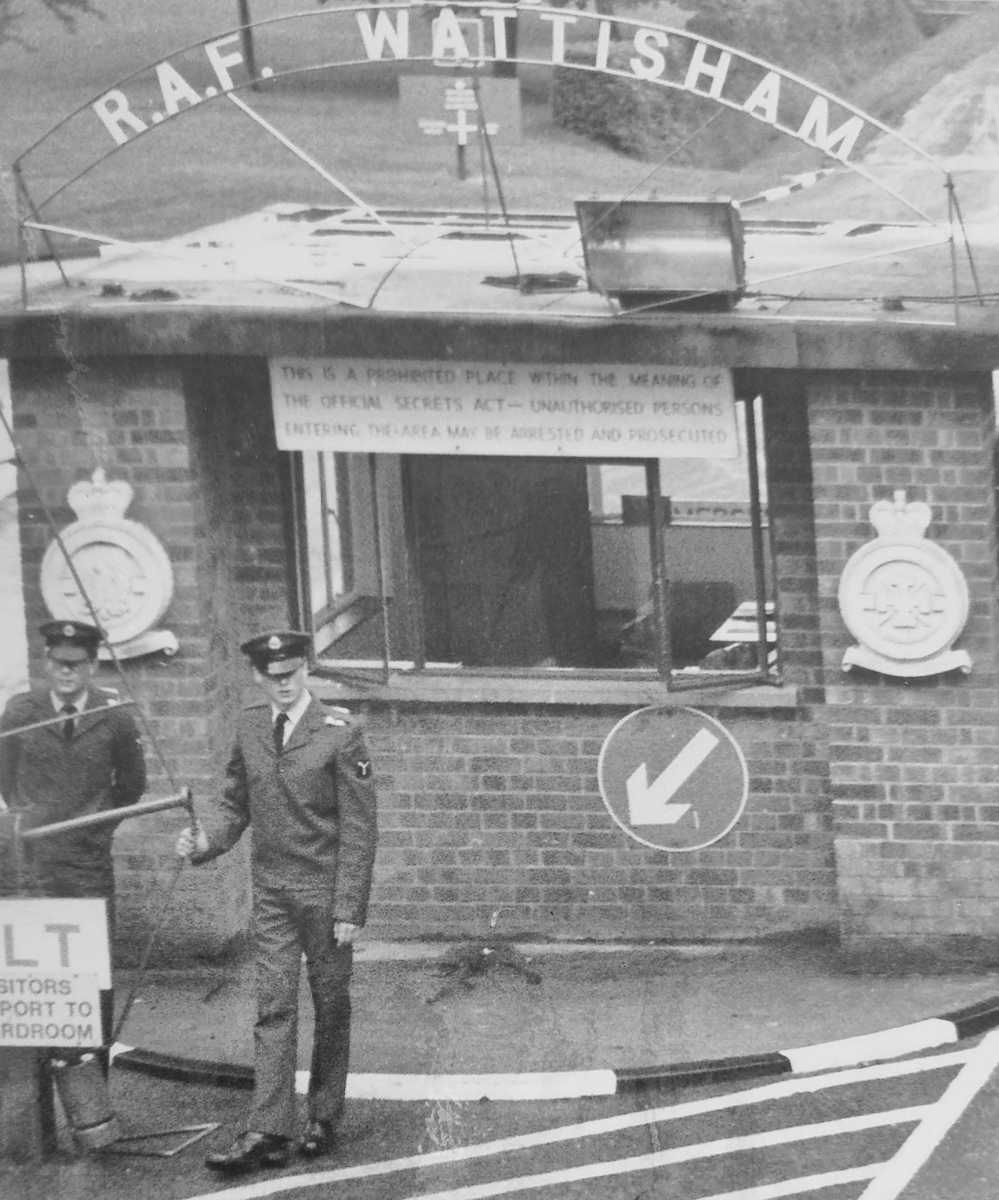 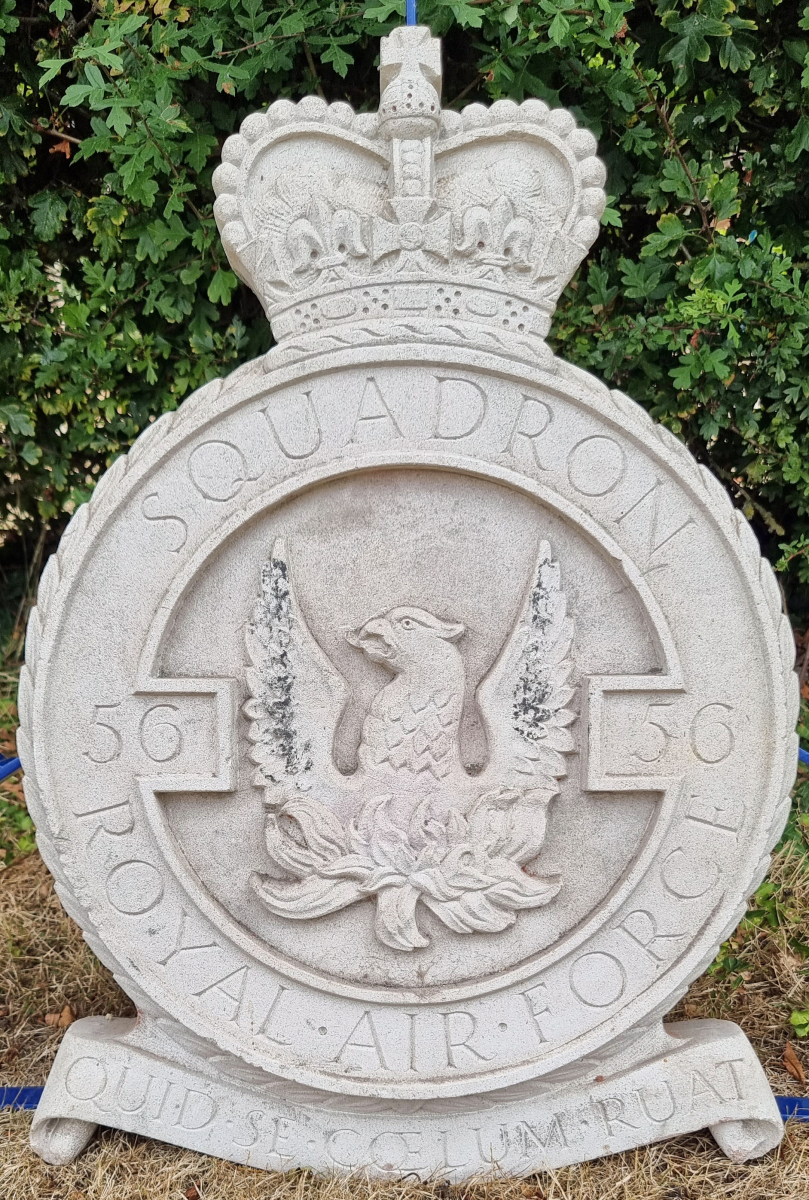 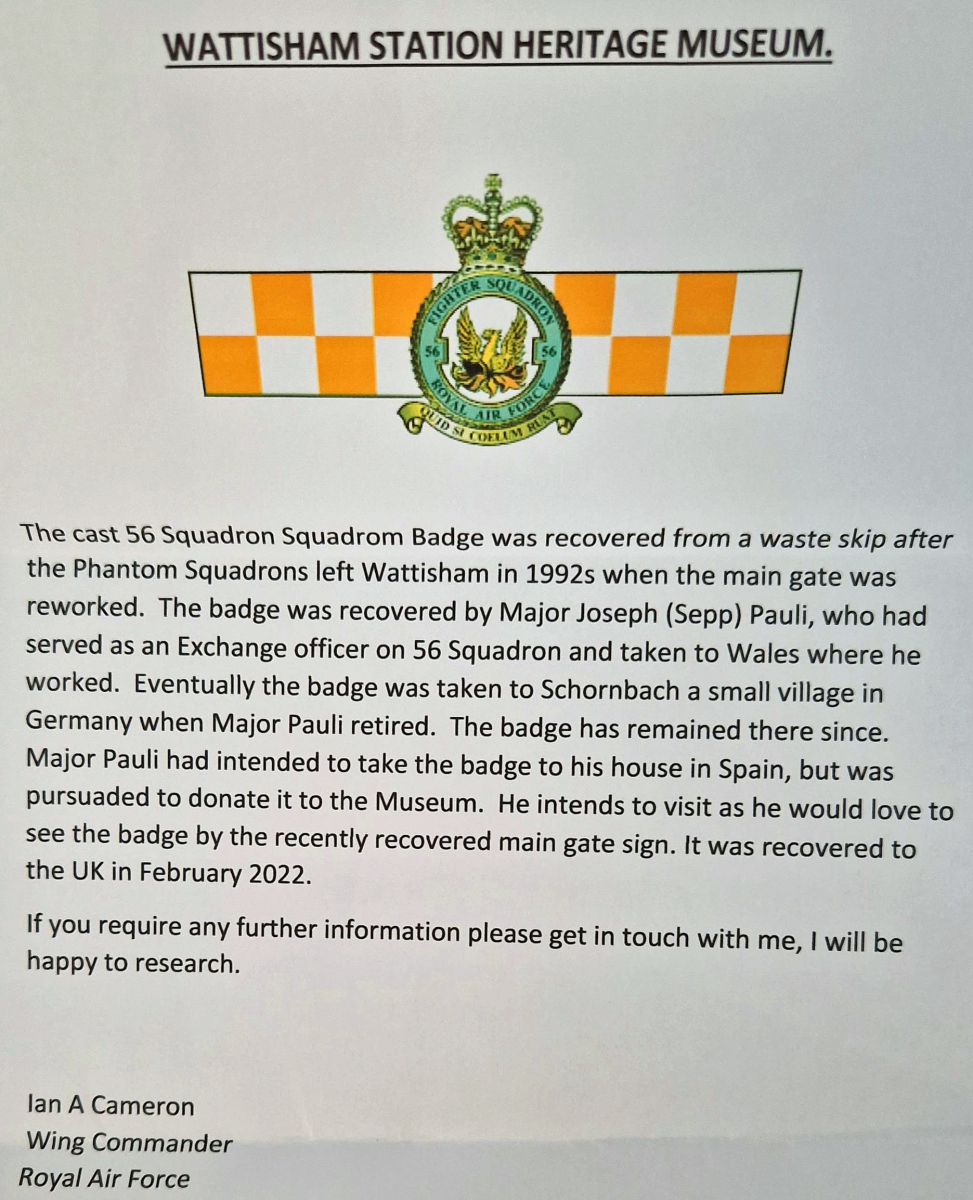 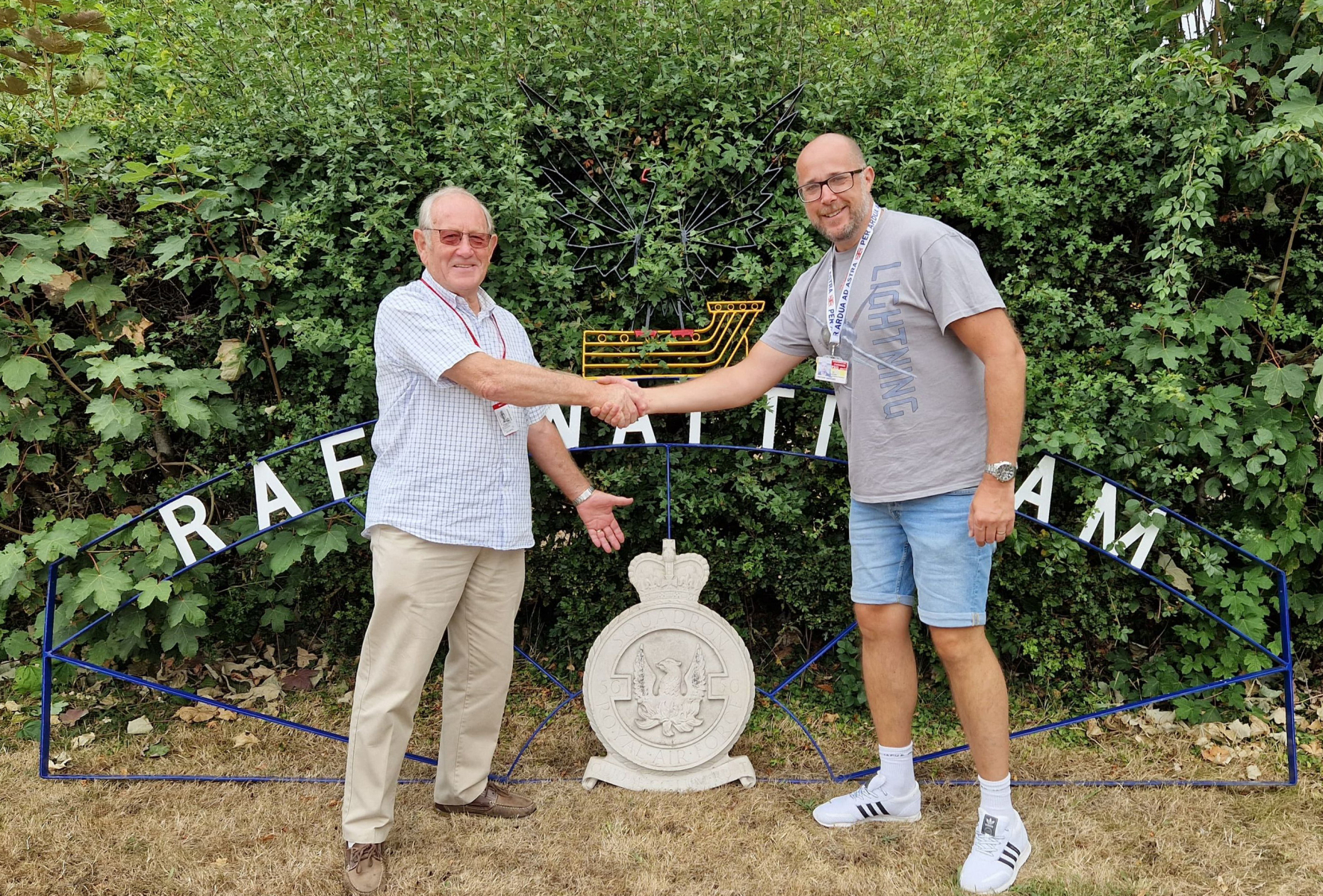 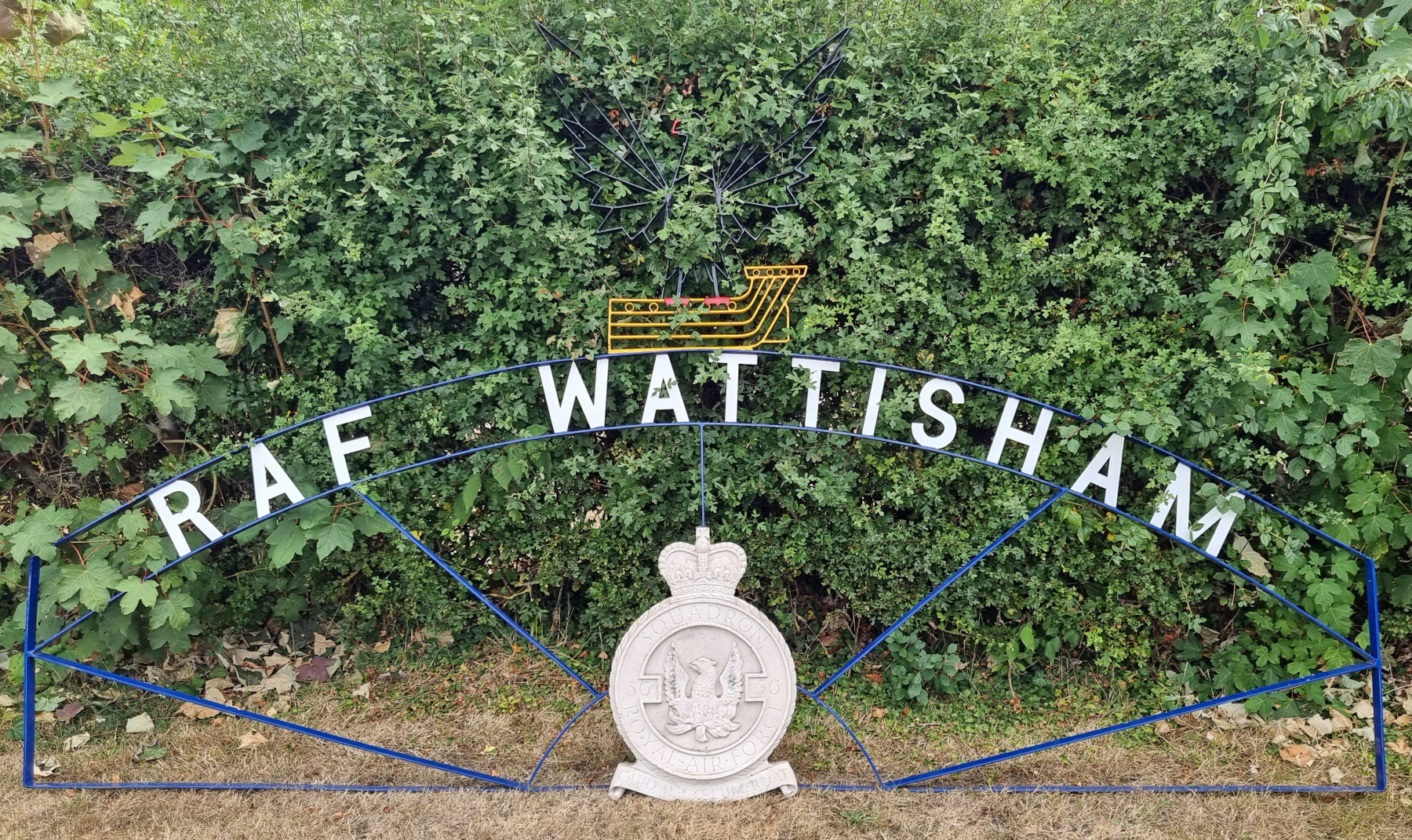