In 2014 Wattisham Station Heritage museum commissioned Viewpoint Productions to work in association with Wattisham Station Heritage to produce an historical documentary about RAF Wattisham throughout its history from when construction of base started in 1939 up until the present day when the base became known as Wattisham Flying Station commanded by the Army Air Corps and home the Apache attack helicopters.  The film is called “Wattisham Both Sides of the Fence”

Watch the trailer below. 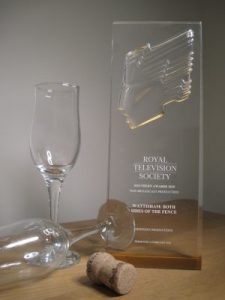 This film was a resounding success and went on to win an RTS Award (Royal Television Society) for the best as yet none telivised documentary film of 2017.

The Judges described the film as

“…a well told and well covered oral history – it is hugely watchable.”

Click Here to go to the WSH web site for more information.