Westland Scout AH1 XT617 has served as gate guardian for many years after the Army Air Corps took possession of Wattisham Station. On the 22nd of May 2014 the aircraft was moved by 3 Regiment REME Army Air Corps when it was lifted off its base and onto a flatbed truck, then transported to the northern part of the airfield to take up residence at Wattisham Station Heritage Museum H.A.S. workshop to undergo a little restoration and a spruce up.

This particular helicopter has a special connection because in the late 1960’s it was flying from nearby Colchester Barracks with 19 Flight, and has also served in the late 1970’s with 653 Sqn who currently fly Apache helicopters from Wattisham.

Click here to view the service history of XT617. 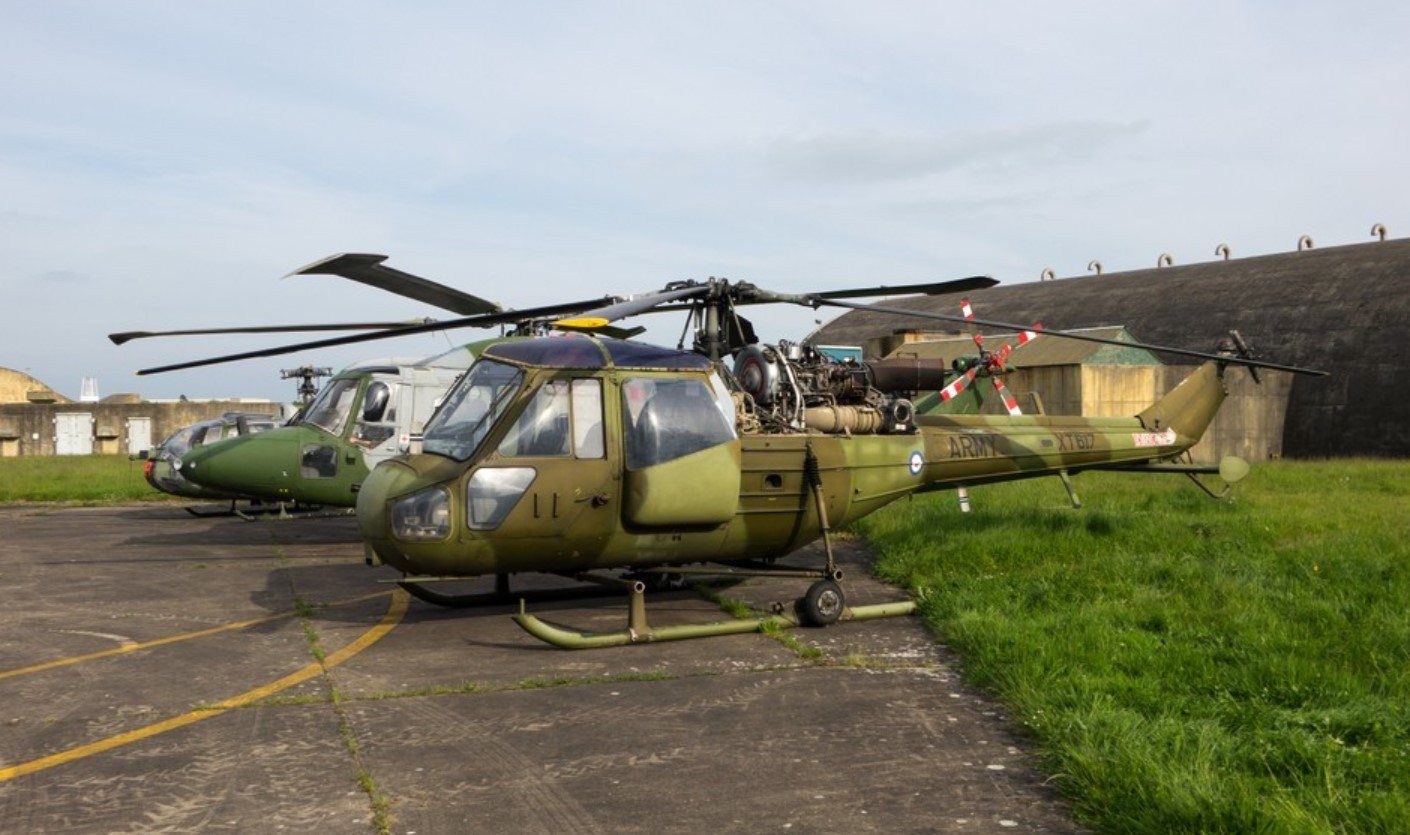 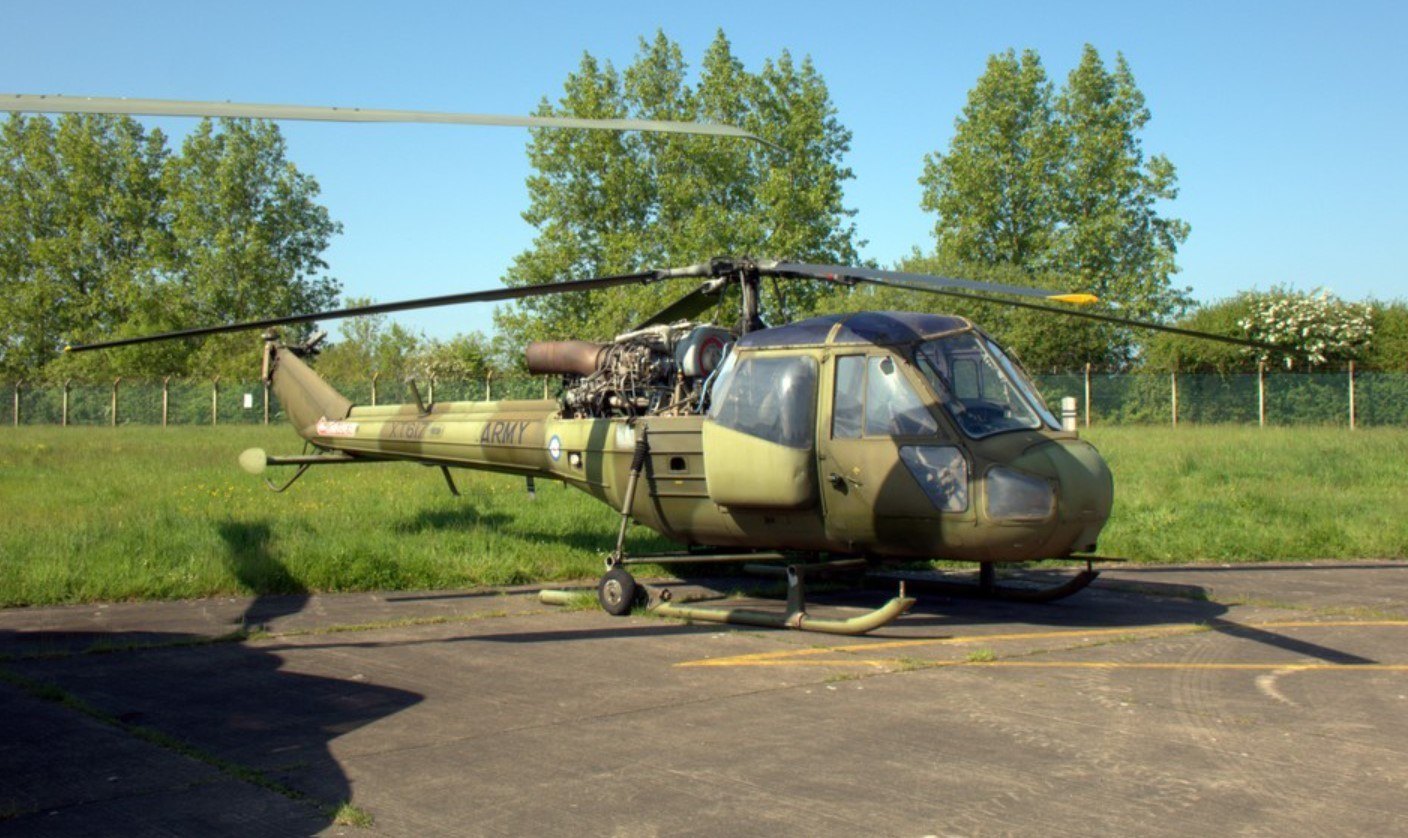 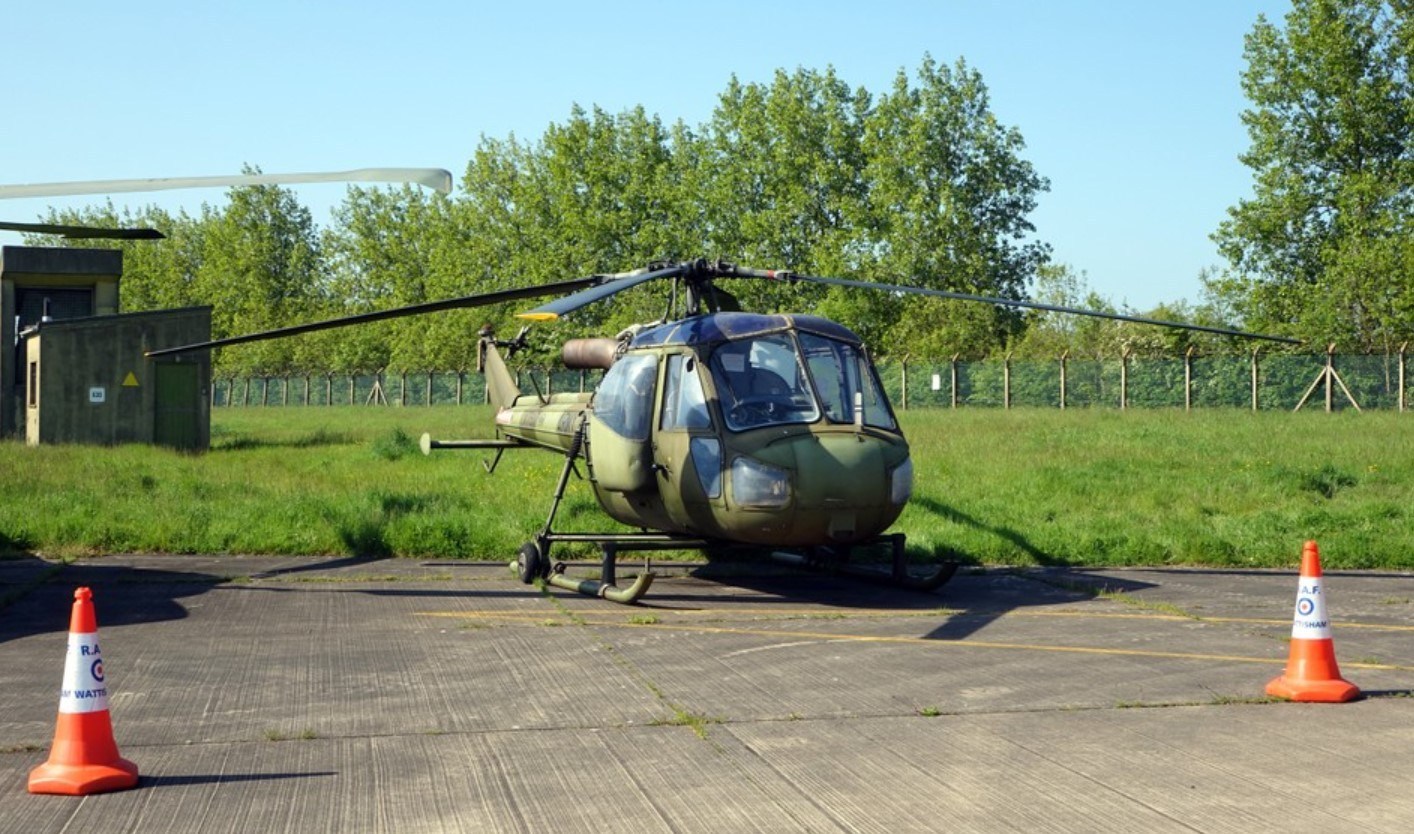 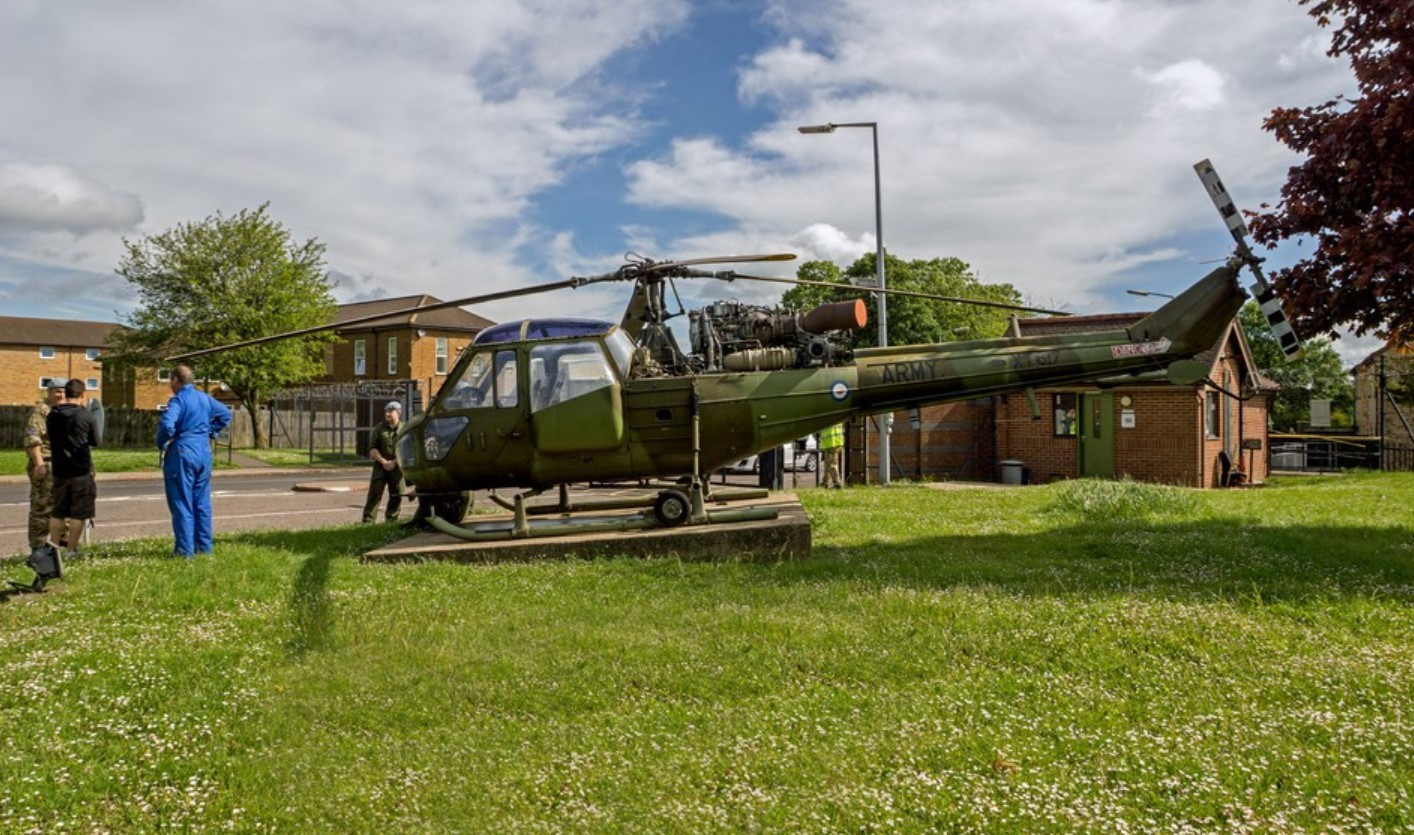 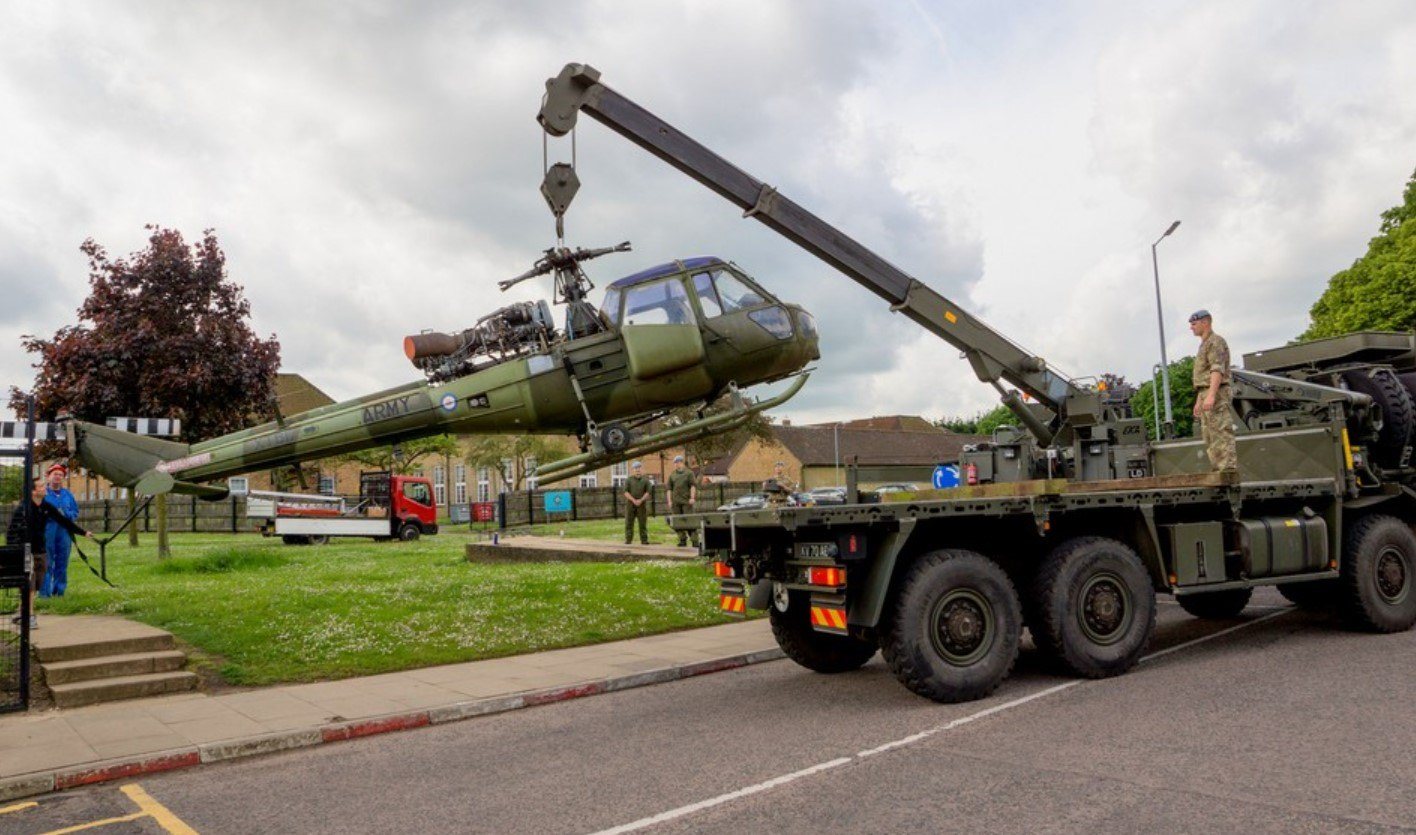 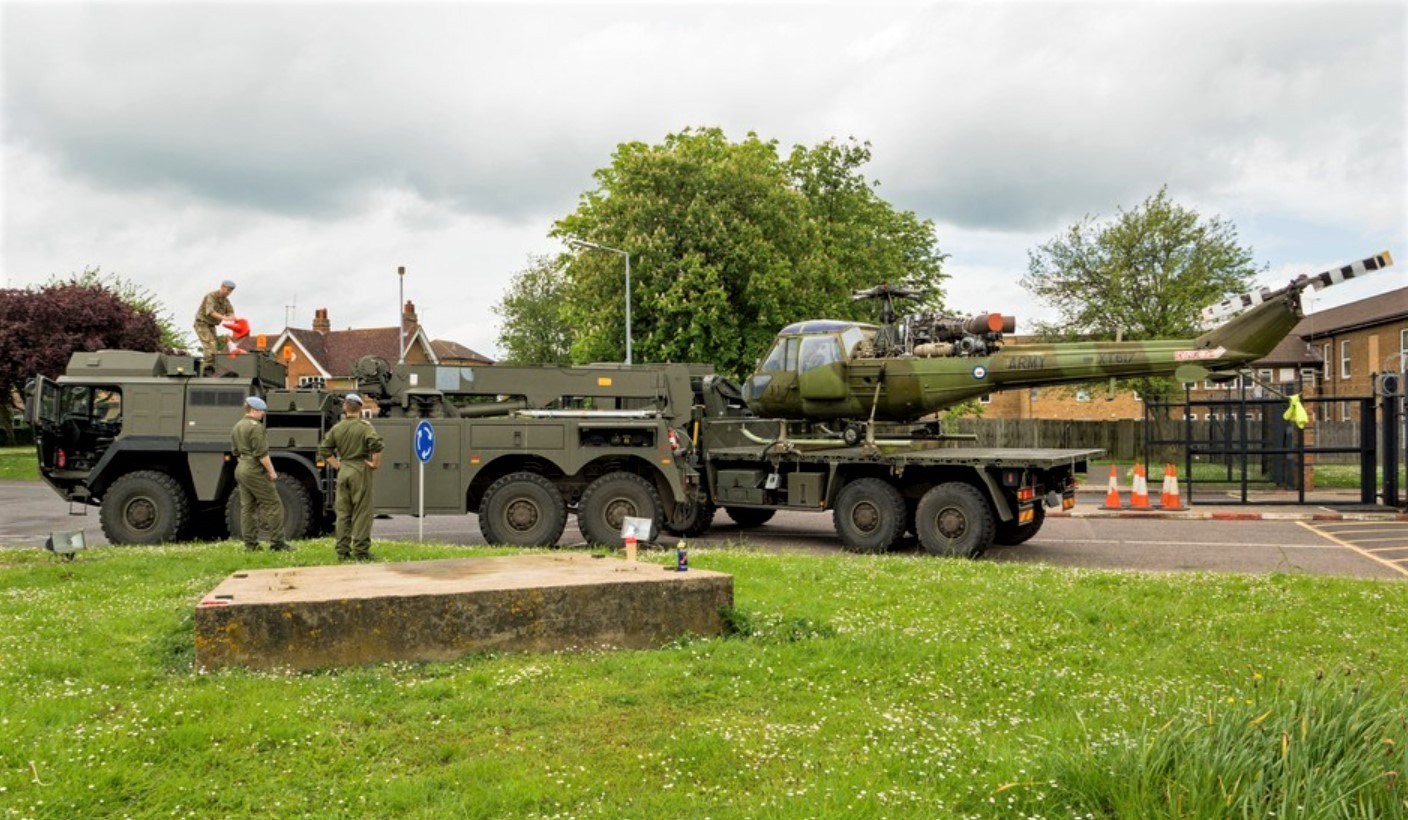 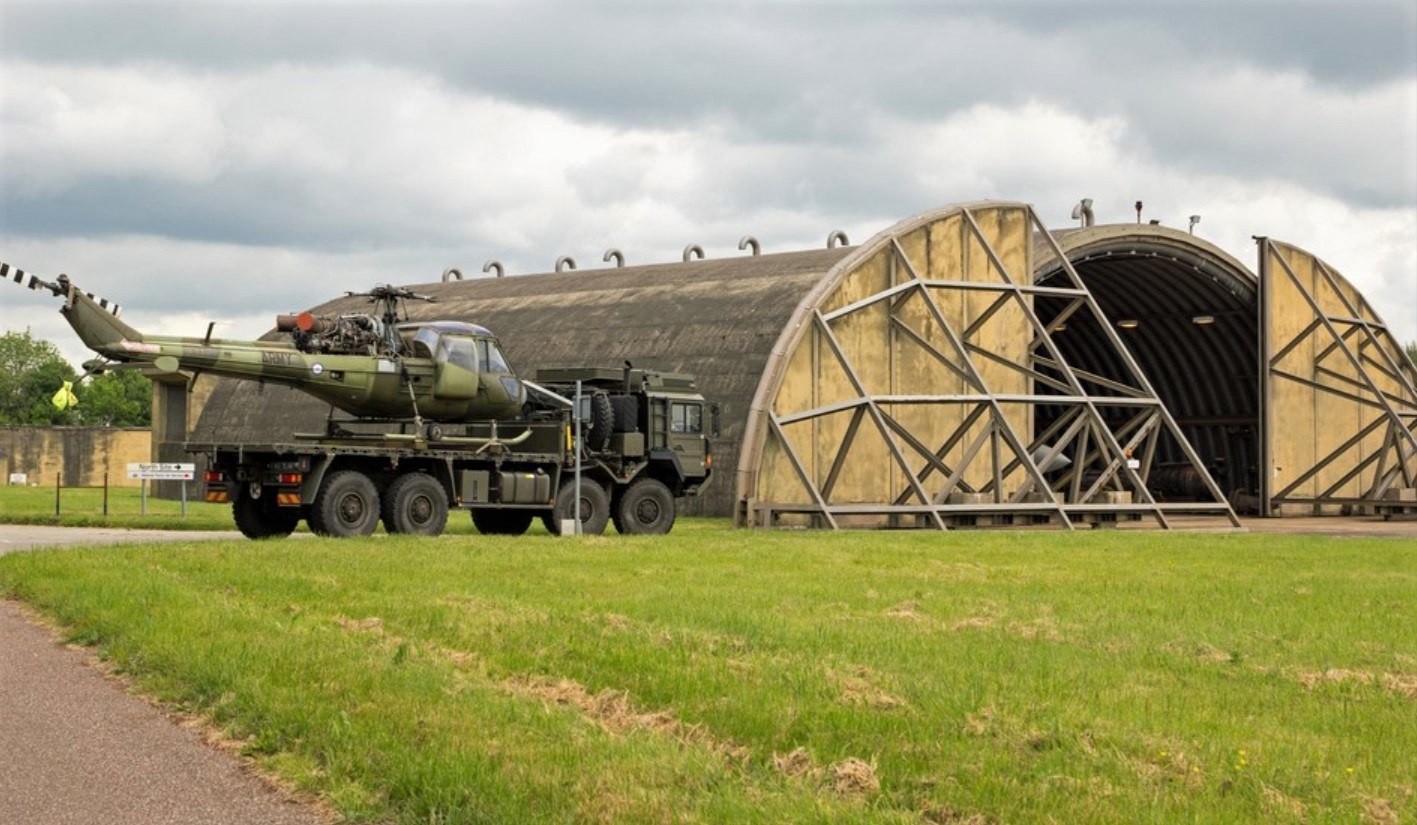